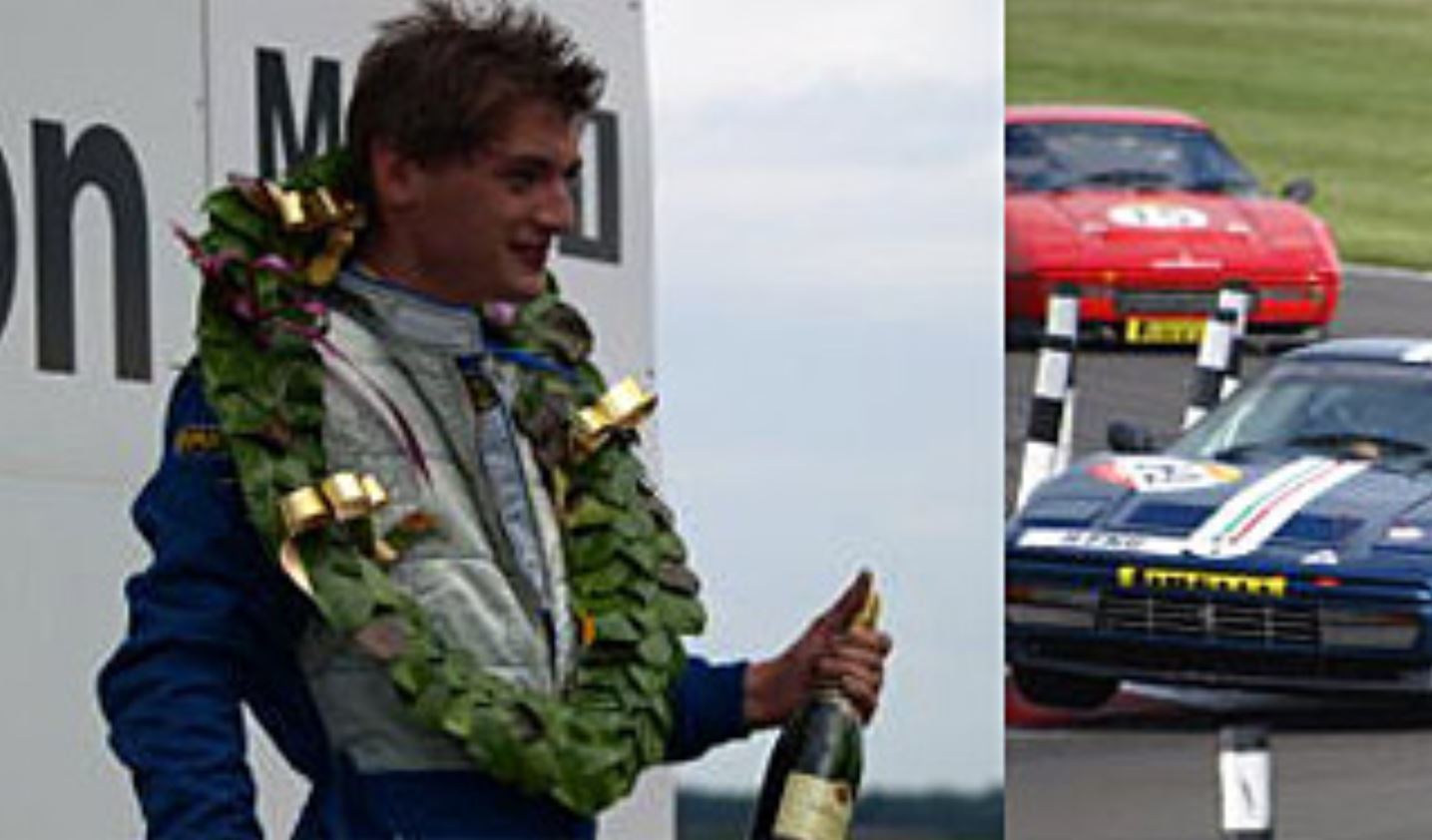 Jamie had set some impressive times in his GP4 car on Friday’s test and we were full of high hopes for him for Sundays 2 races. All three cars were entered with Nick and myself in our GP3 cars. Jamie impressed us all and qualified on pole position on Sunday morning almost a second ahead of second place David Tomlin.

I qualified 3rd just in front of Chris Butler with Nick 7th. Race 1 got off to a great start and I led down the main straight with Jamie second and Chris Butler 3rd only to red flagged by an accident on the first corner. We lined back up on the grid in qualifying order and frustratingly had to wait for 15 mintes for the debris to be cleared from the track. During this period the rain clouds gathered and the heavens opened adding further tension and guaranteeing an interesting race which was shortened to 15 minutes.

We had two green flags laps to get used to the conditions.  On the second green flag lap Jamie pulled over to the side of the circuit handing over pole position to Tomlin. Jamie told us after the race he though he had a flat tyre and pulled over to inspect his car. This put him to the back of the grid leaving himself a pack of 23 cars to work through! The race got off to a slippery start and I once again led down the back straight. Butler came past into the lead on the second lap and Tomlin took the lead on the third lap leaving Butler and me dicing for second. Many a grassy adventure followed as we fought our cars around what seemed like an ice rink. Cars were leaving the track in all directions and many cars exchanged paint and body work along the way. A river of water around the first bend with a blend of oil made things very interesting and mid race I left the circuit at this point and made my way into the potato field.

Meanwhile Jamie had been hard at work and had made his way up to the back of my bumper. I'm sure he had a big grin on his face as he watched me wrestling my car over the field! I rejoined the circuit just behind Jim and both went wide at Sear corner.  I was on the inside and Jamie had nowhere to go and travelled half of Revett straight on the grass. This time the smile was on my face as I watched my brother become air borne along side before rejoining the track. Back on the tarmac and a way behind we began catch Chris Butler who unfortunately spun at Sear corner handing second place to me and third to Jamie which remained the same until the finish line.

Nick finished a respectable 11th having had to take to the grass along with Fred Honnor to avoid hitting an out of shape 308 at the bomb hole. Both Nick and Fred were disappointed after as they lost many places as they attempted to get their cars back on the circuit around Coram curve.

The extent of the carnage was apparent in the paddock after the race but most made good use of the gaffa tape and got their cars onto the grid for race two.

Fortunately the sun was shining as we lined up onto the grid in order from the previous race. Tomlin made a poor start and once again I led down the main straight only to be out braked by Jamie into the Esses. From then on it was plain sailing for Jim with a clear stretch of tarmac he cleared off into the distance and took the chequered flag for his first win. I ended up third in class and Nick improved with a 9th. Overall a successful weekend for Scuderia Cartwright and hopefully the 1st of many wins for Jamie. Well done bro!

Previous PFFC at Spa Francorchamps Next Racing at Zandvoort