Born as a racing car manufacturer that made road cars to pay the bills, Ferrari has never forgotten its illustrious sporting heritage. Today, alongside Formula One, the firm produces an unrivalled range of racing cars for customer motorsport one of which is the 458 Challenge. These cars were built to contest one-make Ferrari Challenge competitions - which the firm has run since 1993 and currently organises in Europe, the US and in Asia - the 458 Challenge was introduced in 2011.

The 458 Italia was a game changer for Ferrari, its jaw-dropping lines and eye-watering performance had petrol heads hooked at first glance, and coming shortly after the launch of the road car, the '458 Challenge' was debuted at the Ferrari Annual Dealer Meeting on 14th July 2010. Ferrari claimed their newest Ferrari Challenge racer lapped the Fiorano test track in 1:16.5, which was two seconds faster than its F430 Challenge predecessor and only 0.2 seconds slower than the Ferrari FXX.

Based on the 458 Italia, the Challenge uses the same 562bhp 4.5-litre V8 engine, which is left unaltered and in the same state of tune. It's matched to the road car's seven-speed dual-clutch gearbox, although here the ratios have been altered to deliver better torque at lower revs. However, whilst the engine and gearbox are carried over from the road-legal 458, don't be fooled into thinking the Challenge isn't a proper racer. The most obvious visual clue to its intent is the large rear wing that debuted on the 2014 Evoluzione model. Sitting 50mm lower than the road car, the Challenge's stiffer springs and single-rate dampers give the suspension a much firmer set-up, while centre-nut competition wheels are matched to Pirelli slick racing tyres.

Opening the feather-light composite door is a giveaway to the Challenge's focus on weight saving via the use of carbon panels and polycarbonate side-windows, although, thanks to the addition of racing kit like the roll-over cage, competition fuel tank and quick-lift air jacks, the Challenge is actually only 10kg lighter than the road car. Designed for gentleman drivers rather than professional racers, the Challenge retains ABS and traction control and from behind the wheel, the familiar 458 driver-focused dash is unaltered. The racing steering wheel features a three-stage 'manettino' controller that offers two track-optimised traction control calibrations and a fully-off setting.

The 458 Challenge is a hugely competent design and, given the options of electronically controlling the car's responses, it will react well to drivers of limited experience who will quickly develop the talents required to handle 560bhp and 1350kg, and thanks to retaining an adjustable steering column and sliding seat, it's easy for drivers of any size to get comfortable. However, after a bit of practice and a few races, any reasonable driver will find this car extremely competitive. Alternatively, it could simply be the most incredible 'Track-Day' car. 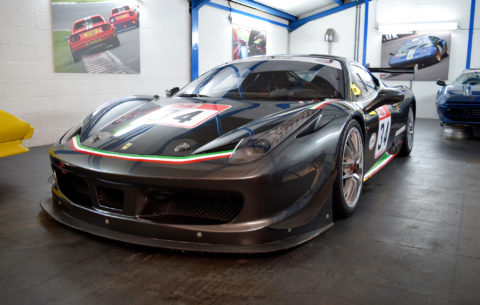 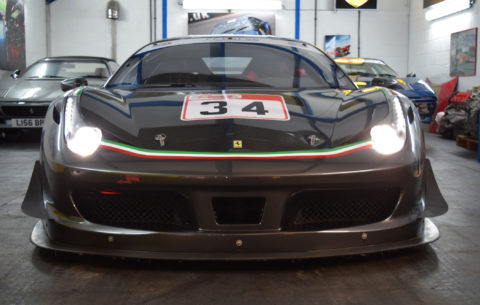 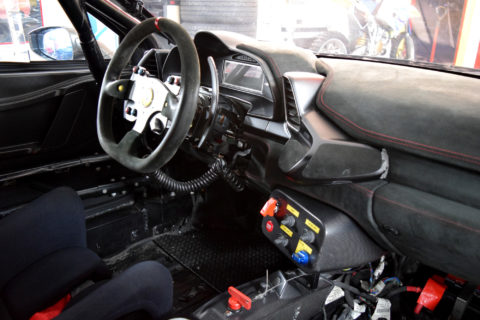 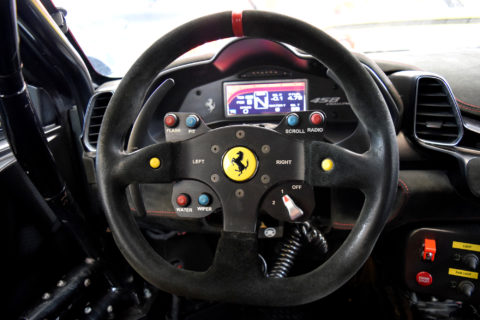 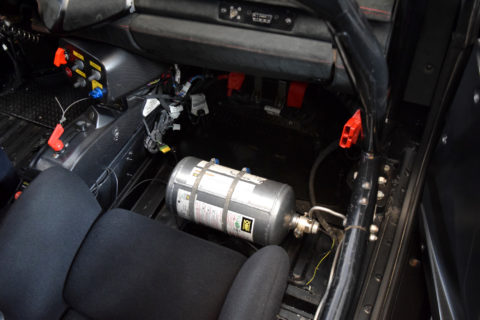 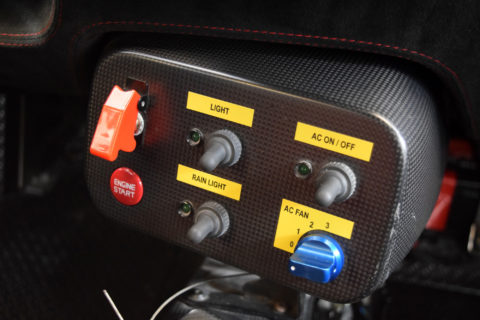 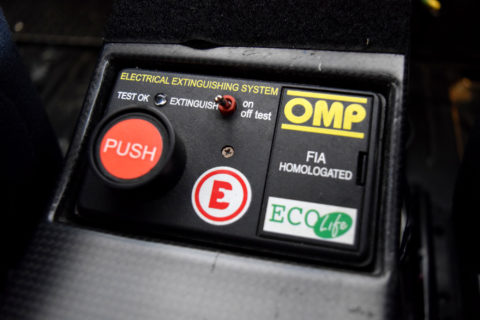 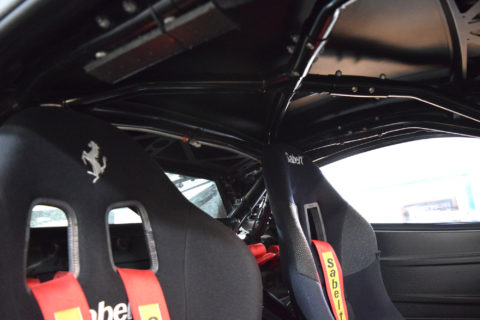 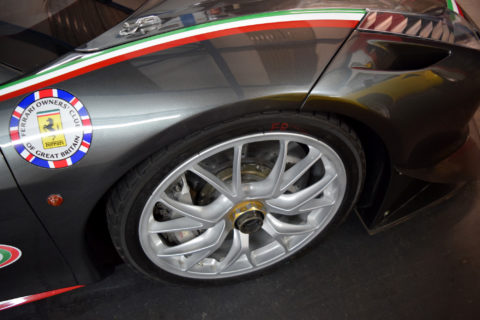 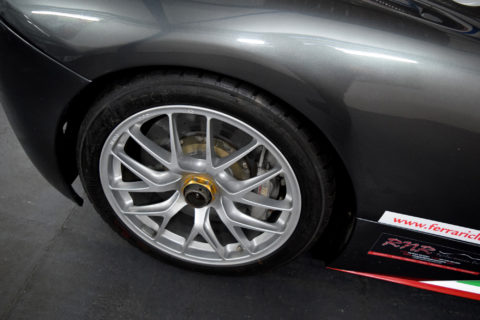 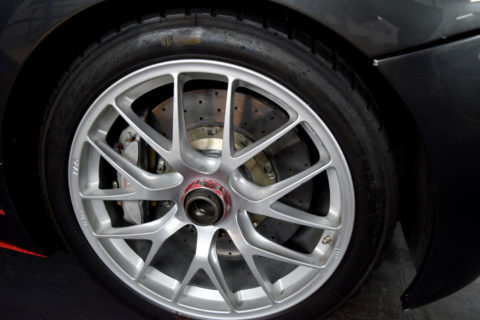 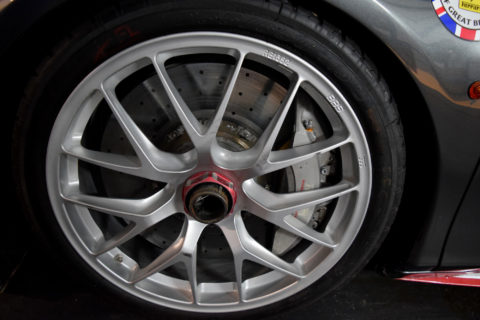 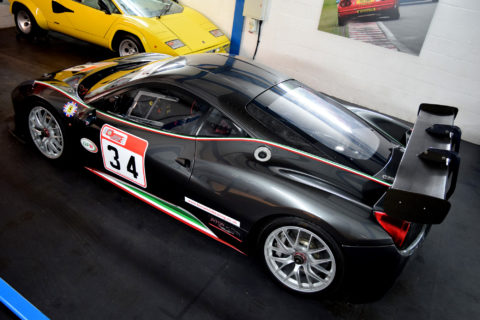 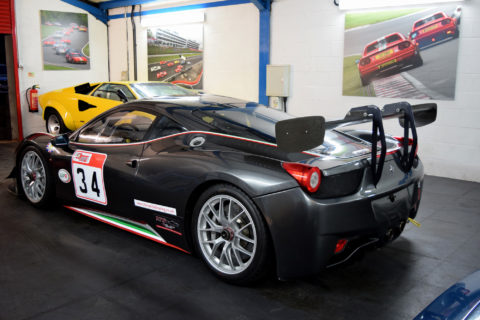 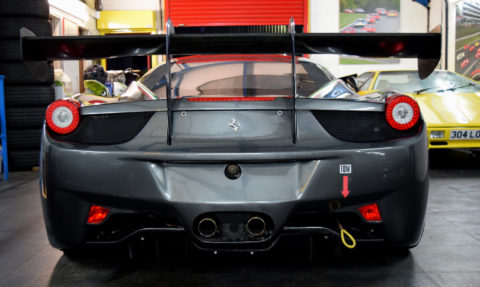