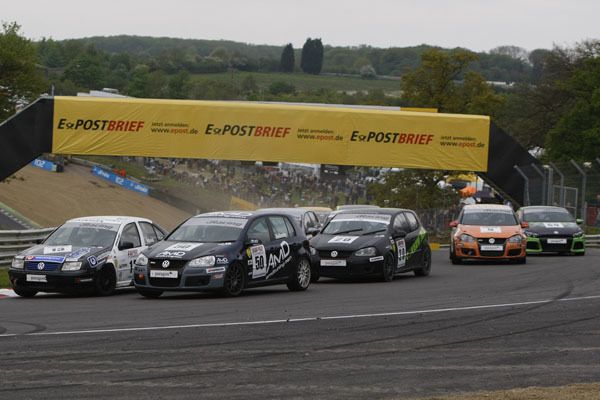 After an awesome days racing including DTM, NASCAR, Formula Ford, F3 and Lotus racing we finally got to the Volkswagen Cup race just after 5 oclock. Jamie's impressive finish in 5th place, in the previous days race, put him second on the grid as the first 6 places are reversed.

As the race got underway pole sitter Shaun Hollamby and Jamie made a good start but Jamie was run wide at paddock hill forcing him to dip a wheel into the gravel sending him out of shape but maintained his position up into druids. An incident-packed first lap was thus completed with Joe Fulbrook leading Cartwright by a couple of tenths, chased by Neuhoff, Griffin and James Walker, and so the order stayed for a couple of laps until Neuhoff displaced Cartwright for second and Walker put his VW Scirocco ahead of that of Griffin.

At the front, Fulbrook was beginning to struggle. Plagued by engine problems throughout the weekend, Joe was rapidly gaining heat and losing power and had to cede the lead to Neuhoff on lap seven. Fulbrook slipped down the order before calling it a day after 12 laps.

Neuhoff had little time to enjoy his moment in the spotlight, however – Walker had by this time jumped past Cartwright at Paddock and was right on the Golf man’s tail. But Walkers car had developed a bit of a problem: “My accelerator pedal dropped off on lap three,” he said, “and then the throttle started sticking, so every time I tried to brake the car was pushing forwards by itself.”

The issue proved Walker’s undoing when, after two laps behind him, Cartwright pounced through Surtees to regain second spot. By now, Neuhoff had a half-second lead but the rookie soon whittled that back and, on the 11th lap, snuck past for the lead through Graham Hill Bend.

Jamie then maintained the lead by a fraction until he has some good fortune when the yellow flags were waved do to an incident at paddock hill which Jamie just missed but his pursuers had to yield due to back markers leaving him with a 6 second lead by the time they were past the carnage. Jamie then spent the remainder of the race in his mirrors as James Walker and Mike Neuhoff gradually reeled him until a major incident at druids bought the red flags out around 2.30 minutes from the end leaving Jamie the victor 1.7 seconds clear of Walkers VW Scirocco R.

A great result for his first weekends racing in this very competitive series.

Many thanks to Cover world for their sponsorship and KPM for their support. 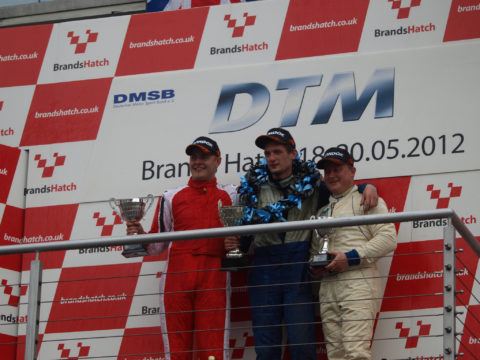 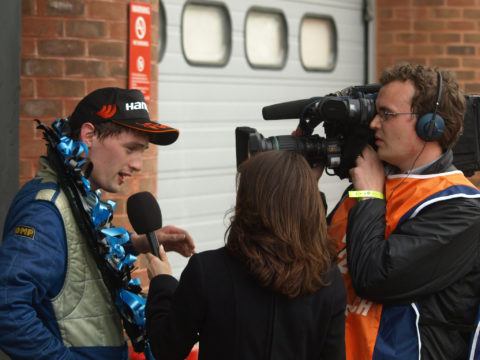 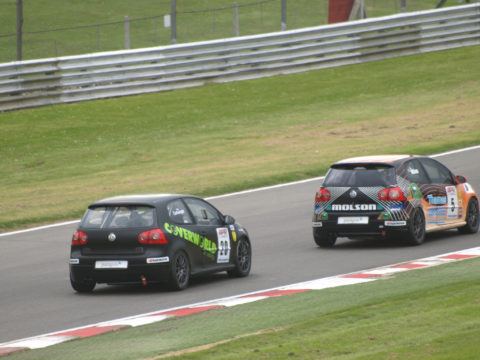 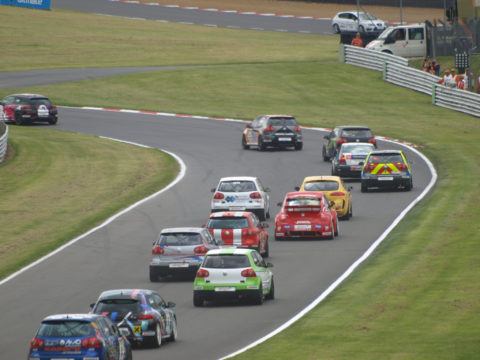 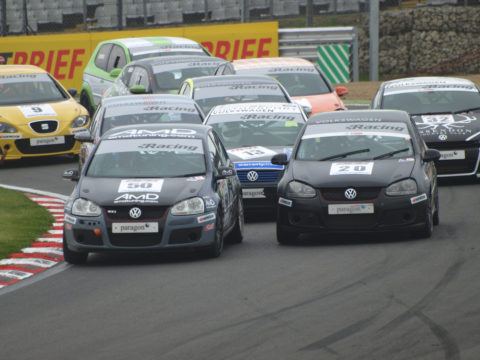 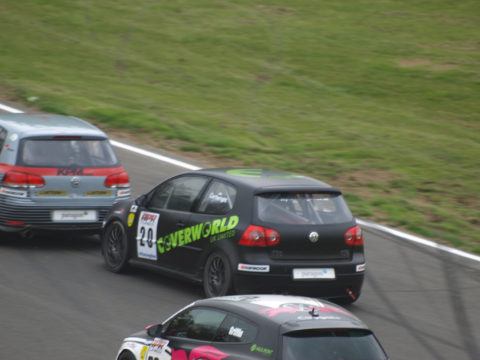 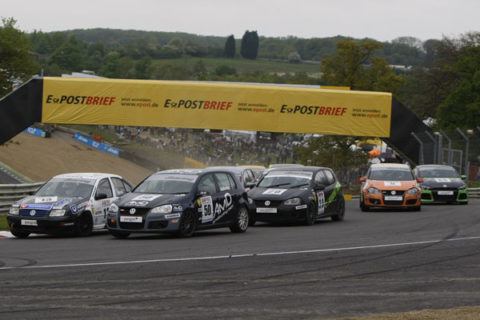 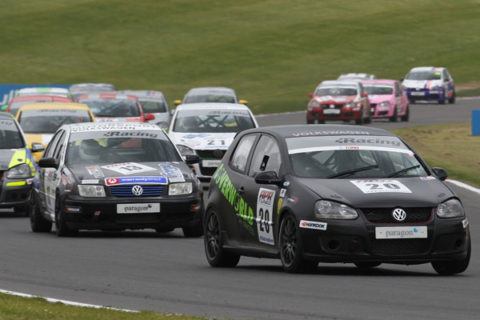 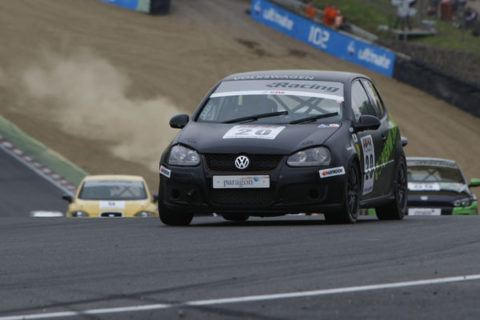 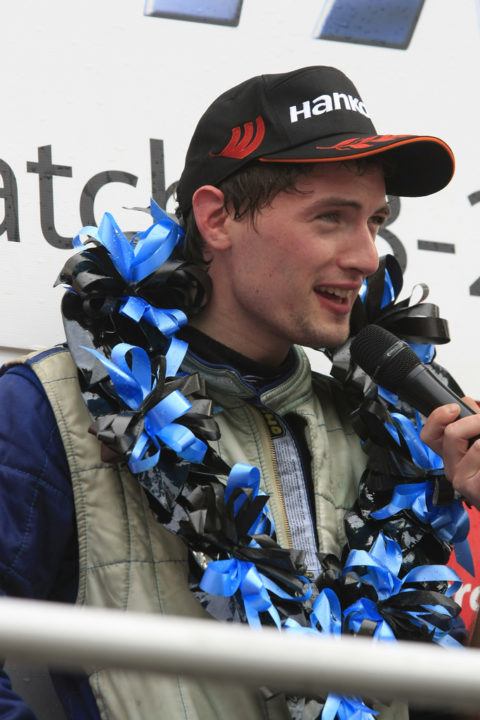 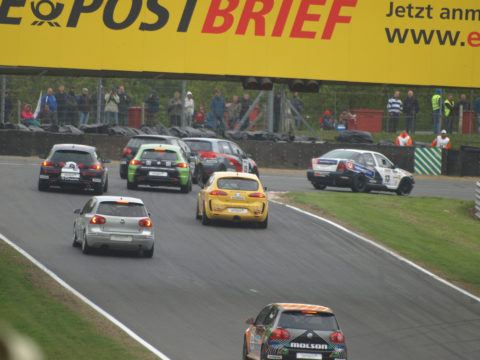 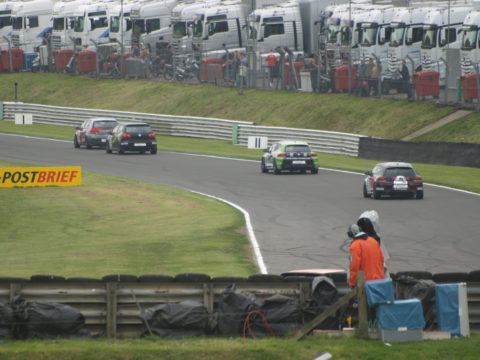