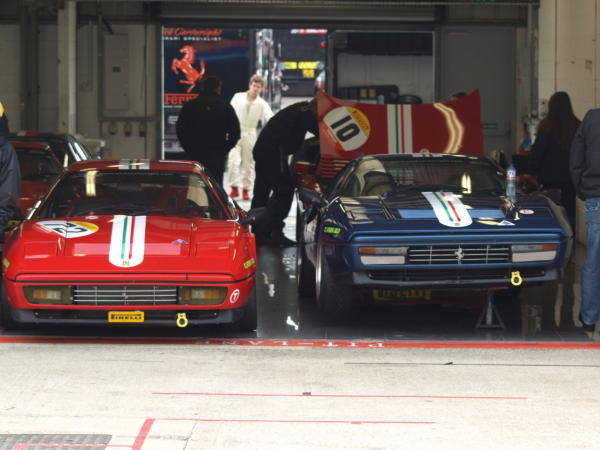 The weather forecast was good for the weekend, and this proved correct, as qualifying conditions were perfect if a little cold back in the paddock. I felt pretty happy with the way my car was performing and there were no major issues as the session commenced .It was my first real outing at this circuit so I felt that I would use qualifying as a steep learning curve, to build my confidence for the race.

When the timing sheets were produced to us I was un-surprised yet pleased to of put my self 3rd on the grid, next to Brother Ben and behind Marco Pullen and NPB .For reasons I cant explain I wasn’t particularly nervous about the race, which is unusual for me ,I just couldn’t wait to get out there and see what the out come would be .

Our scheduled time of half past 1 soon came and we were called to the assembly area, were we were lined up in grid order . Most of the time the other drivers get out their cars and wonder round for 5 mins or so until they are called to start the engines. I prefer to stay sat in my car and use this as my own quite time to reflect and focus on the task in hand.

As we formed the on grid I noticed how much further the cars were apart from each other, this seemed quite unusual as the grid is usually very tightly packed together. This got me thinking that If I was to get a very good start I could maybe squeeze between NPB and the pit wall to get the inside line into the first corner. As the red lights went out I felt I made one of my best starts yet and I made a small amount of ground up on NPB and I pulled to my right to have a look up the inside .As the copse drew closer I decided against my plan and decided to dab the braked earlier pull back to the left and sit on the bumper of NPB with Marcos black car close to my left. Through the first corner cleanly and I was still alongside Marco’s car as we headed into the chicane. I decided to give way to him as I didn’t think 2 cars was a particularly good idea given the tight confines of this series of bends and given the outcome I was particularly relived I made this choice. As 1st place NPB lost control on the exit, Marco having nowhere to go smashed straight into the drivers side and carnage prevailed leaving two very poorly 328s in the middle of the track as the rest of the pack came hurtling through the high speed bend.

I promptly turned to the right and avoided myself being caught up in the incident, and claimed 1st place at the same time. Moments after the smash I expected the red flags to come out for a restart, but they never did, As I came out of the complex I had time to check my rear view mirror and found my self with a nice lead saying I was only half way round the first lap. I was a little concerned that brother Ben was no longer behind me but now only cars that were a threat to me were the 328 GTB of peter Everingham and the modified gt4 of Chris Rea. I knew my pace was faster than theirs from qualifying and I thought that I might have an easy run to the finish.

Around 3 laps into the race looking in my rear view mirror I noticed the alarming rate that David Tomlin was reeling me in, aboard his grp-3 328. This broke my spirits a little as a knew I could not out-run David due to a lack of front end grip I was suffering ,and if I pushed any harder I would risk having an off

All I could do was keep driving at my current pace and try not to overdrive my car due to the pressure.

Inevitably a couple of laps later David was at a point so close that he could make a move at anytime. We completed the next 3 or so laps fighting for the lead and on the approach to beckets David got a clean pass and went through. Around half way through the race David had around 5 car lengths on me and I was worried that I could no longer put the pressure on. In an effort to get back his bumper I decided to take bridge faster and I managed to get to the point were I could try to pressure him through the parabolic and stay back with him for the remainder of that lap , ready to make a move at his first mistake. My opportunity came as Tomlin out-braked himself and had a huge lock up at Abby and I was able to go through to take the lead and remain there util the chequered flag came out.

It turned out Ben had had to take to the grass to avoid the accident at the start and still only missed Marco's spinning 328 by a few inches. By the time he had found the circuit again he was back in last place. Not disheartened and slightly relieved not to have sustained any damage he fought hard through the pack and finished in 4th place earning himself driver of the day!

Nick had a difficult race. His 328 now sporting 360 brakes was unbalanced and kept locking the back end throwing the car into spin. A little bit more development over winter will be required on his modified car.

That’s it for another year and were already looking forward to next season.

You can get a full report on each race of the season at http://www.ferrariownersclub.co.uk/events/ferrari_classic_09/ 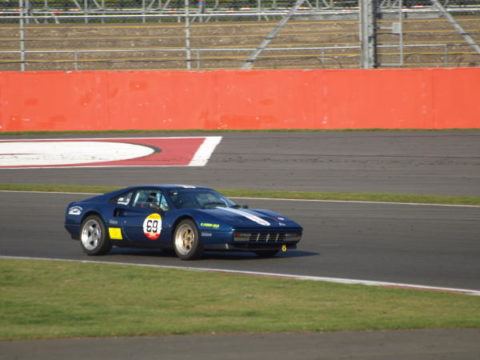 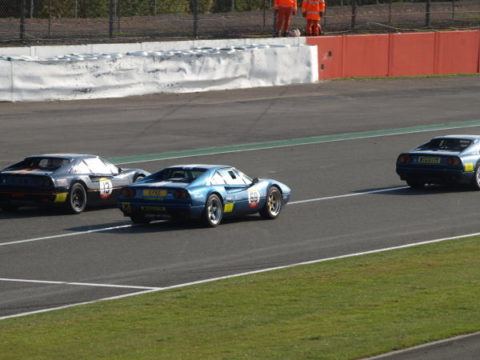 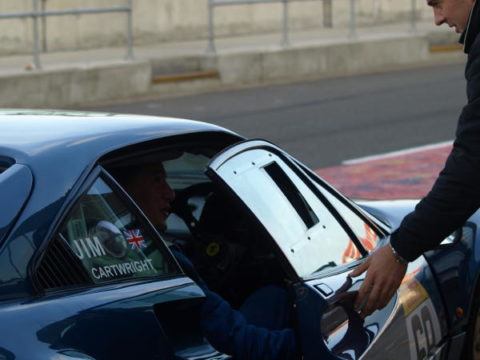 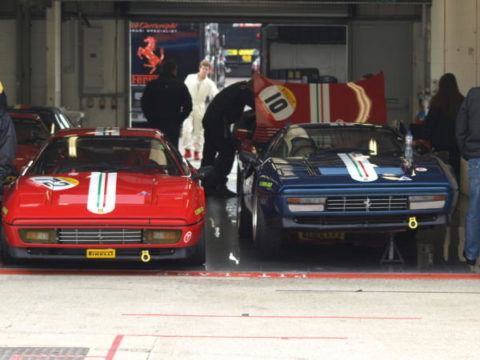