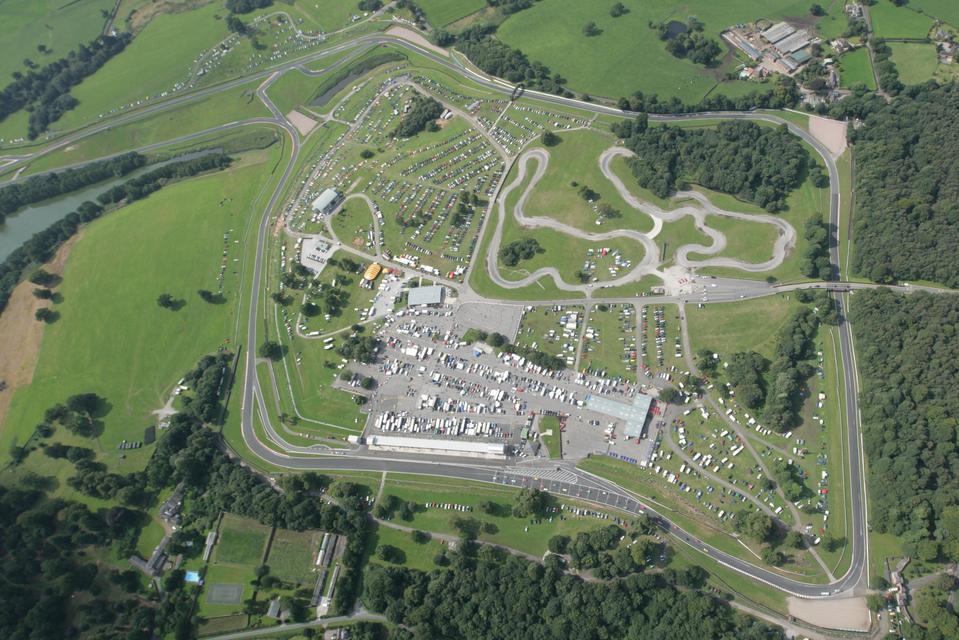 Oulton Park hosted the last race of the season for the Pirelli Ferrari Formula classic series. The grid looked a little sparce with only fifteen cars, but a great turnout of front running competitors promised some close racing. With two qualifying sessions and 2 races on the same day it was a busy schedule ahead.

In qualifying 1 David Tomlin lit up the time sheets by posting a 1 minute 55 second lap. This is probably the quickest lap ever set in the series. Jamie Cartwright was 2 seconds down but no slouch with a 1 minute 57 followed by Gary Culver, Nick Paul Barron, Compton Goddard, Nick Cartwright and Chris Butler.

As the car emerged around the first corner it was Jamie C in the lead closely followed by David Tomlin and Gary Culver. Nick Cartwright made up a place passing Butler and was chasing Compton Goddard and Nicky Paul Barron. It was soon announced over the tannoy that Jamie had jumped the start and would be given a ten second penalty at the end on the race. This didn't detract from what would be an exciting race to watch with Tomlin hot on Jamie's wheels ready to pounce at any moment. The front two gradually broke away from Gary Culver. Nick Cartwright kept the pressure on Compton Goddard who was following closely behind Paul Barron. The 3 never separated by more than a second. Nick seized his chance as Compton Goddard out braked himself coming into the first chicane in the latter stages of the race and took 5 th place. Jamie managed to keep Tomlin at bay after an exciting 20 minute duel crossing the line just in front. The penalty put Jamie back to second as they were ten second clear of Culver who finished 3rd. Nick crossed the line and in a well earned 5th place just after a very consistent Nicky Paul Barron in 4th.

Race two was set to be a real battle, with man of the day aka David Tomlin on pole with Gary second and Jim third, and it didn't disappoint. As the lights went out everyone gets a clean getaway and culver grabs the lead followed by Jim c as he passes Tomlin on the inside at turn 1. The lead three lap at close proximity for the laps until Tomlin passes Jim on the bottom straight. Tomlin next had culver in his sights and wastes no time in getting on his bumper, racing for the lead they slow themselves down and Jim is soon right on the back of the tight pack. some really good close racing went on for lap after lap until culver made a rare mistake and spun coming out the chicane putting tomlin in the lead, with just a few laps remaining Jim C found some pace on a very slippery track and put the pressure on, but was pipped to the flag by just a second, culver held on to distant third with Nicky paul baron 4th and our man Nick C in 5th. Truly a great way to end another fantastic season.

Previous Driver of the year 2013 Next Ironman racing 2014