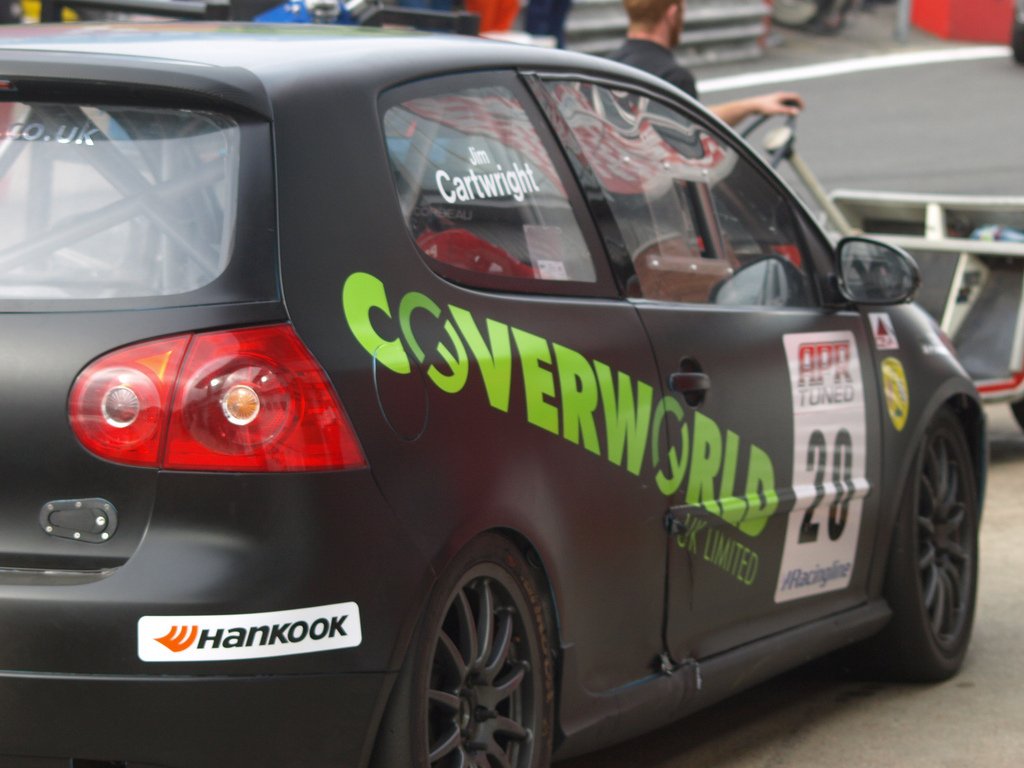 Jamie is running in The Volkswagen Cup Championship today at Brands Hatch as part of the DTM meeting.

He qualified a respectable 10th place yesterday amongst a field of 31 cars. The competition is fierce with ex Touring car drivers, Truck racing champions and ex motorbike racers. He has had no prior testing at Brands Hatch with only a short time in his VW Golf,  so he is happy with this performance and he  still feels there is more for this VW Golf to achieve.

Jamie described qualifying as frantic and expects the racing to be very aggressive. He also explained the rear tyres don’t warm up for around 4 laps and the car oversteers massively so the first laps could be hairy. Only a few seconds separate the grid so it should be close run race.

Also racing,  is Jamie's local friend Craig Millner in a VW Sirocco R. Craig raced along side us in the Ferrari Open last year in his Ferrari 458 Challenge car and has switched to the VW Championship this season. Craig has qualified 20th for race 1.

News has just come through that Jamie finished 5th in the first race. A great result on a difficult to overtake circuit. The first 6 get reversed so Jamie starts from 2nd tomorrow.

Previous 1 family owned, 23,000 mile 246 GT in Stock Next A visit from the Cotswold Owner’s Ferrari Club