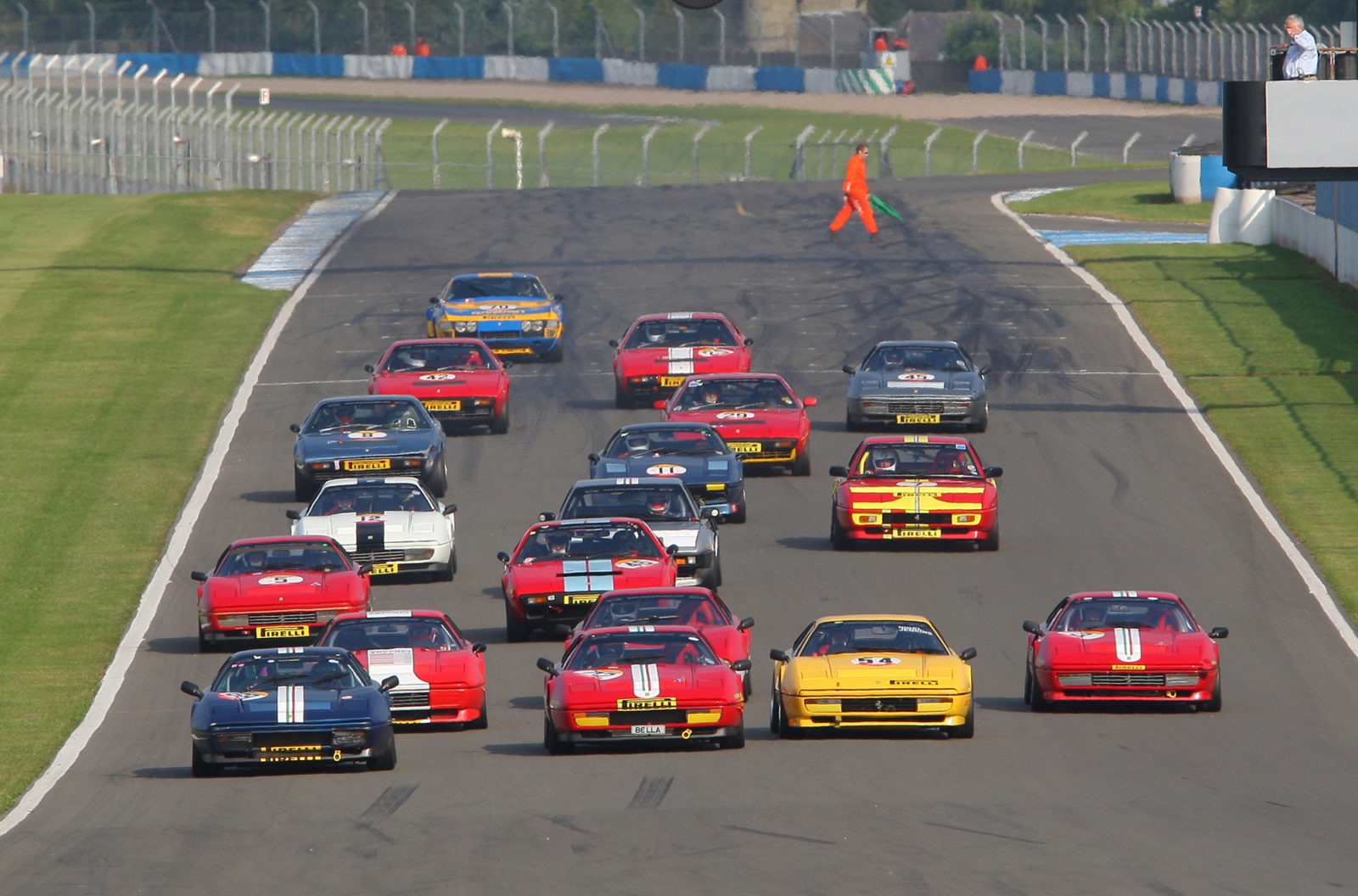 Donington park was host to Rounds 9 & 10 of the Pirelli Ferrari Formula Classic on August 18th.

One of the most unusual race cards you are ever likely to see is Truckfest week-end at Donington. The biggest racing trucks, small engined formula cars and then Porsche GT3 and Ferrari races somewhere in the mix. It is also one of the biggest paddock parties on the Saturday night – truckers know how to party!

The schedule was odd too. Our formula classic racers had one qualifying session only on Saturday and then two races on the Sunday. The grid for race 2 being set by the second quickest lap set in Saturday qualifying. To make things worse the qualifying session was affected by an oil slick left early in the session. This left some drivers starting both races out of their expected positions.

The Sunday was very hot and humid. As expected Jim Cartwright was the dominant force in race 1, but he was kept honest by brother Ben, who continued his excellent form from Brands Hatch. Father Nick was also on great form, certainly the best we have seen from him. He was to finish fourth in race one beating Wayne Marrs. The role of spoiler to the Cartwright’s dream of a family lock-out podium was Nigel Jenkins (all 328s).

Race 1
Nigel was hampered by failing to select 2nd gear off the line dropping several places. He worked his way back to 3rd pretty quickly but was never to challenge Ben Cartwright.

Following the top five was an epic battle between Tim Walker and Chris Butler (yet more 328s). Other features were the glorious Grp 4 Daytona of Tim Summers, and the excellent drive of Tris Simpson to head all six 308 GT4s in the race. Series returnee Richard Atkinson-Willes had a decent battle with William Moorwood (both in GT4s) but sadly this ended in the gravel for William after a rather ill advised lunge by Richard at the chicane.

Race 2
This was run late in the afternoon in glorious sunshine. The temperature had dropped just a little making racing more comfortable. This time Nigel Jenkins got off the line well and slotted into second position behind Jim C. Ben C was next up but didn’t quite repeat his lap times of earlier in the day.

Wayne Marrs this time got the better of Nick Cartwright (4th & 5th) and Chris Butler turned the tables on Tim Walker the pair finishing a very close 6th & 7th. Peter Everingham had not completed race 1 but ran well in race 2 to finish 8th.

The Daytona of Tim Summers howled through from a poor grid position to finish 9th overall with a decent lap time. It would be so great to have Steve Tandy out in his example to join the party.

Tris Simpson (GT4) and Jack Dwane (Mondial) had been “at it” with some passion. Jack in particular throwing great clouds of sand and gravel around as his interpretation of the circuit edge was different to most. This all ended at the chicane (where else) on the last lap when paint was exchanged. Jack finished – Tris didn’t. Oh well, that’s racing I suppose.

Next race Castle Combe, which will be the last formula classic race in the UK this year as Ferrari would not invite the series to the Silverstone Ferrari Racing Days, or allow the older cars to join the Open races. For a company that trades on their history as they do this is a decision that is hard to fathom. It is their loss entirely of course, but it is a great disappointment to the series racers, supporters and sponsors, not to mention our club officials who have been supporting Ferrari racing in the UK for nearly 30 years.

Pictures of both races are courtesy of Mick Walker Sports Photographer. 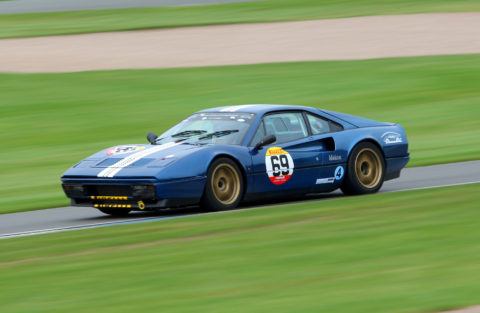 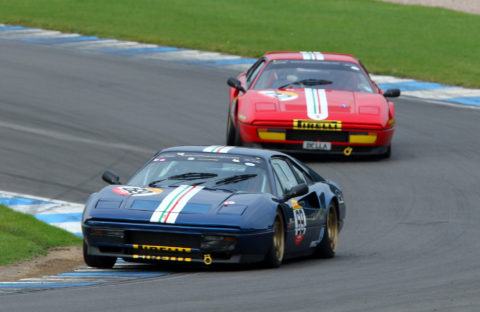 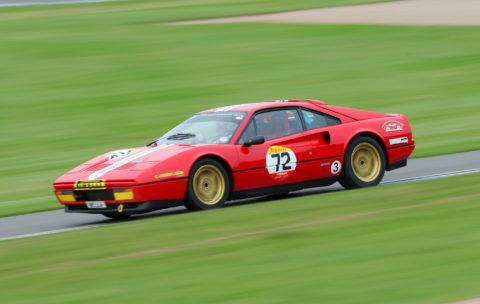 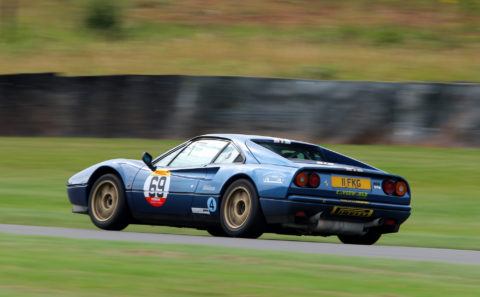 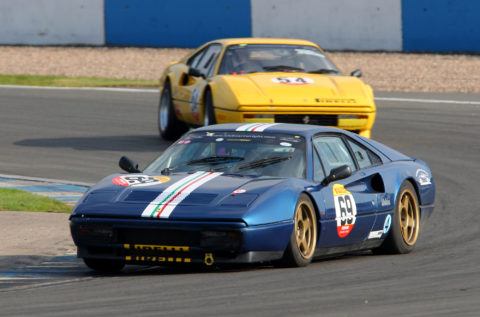 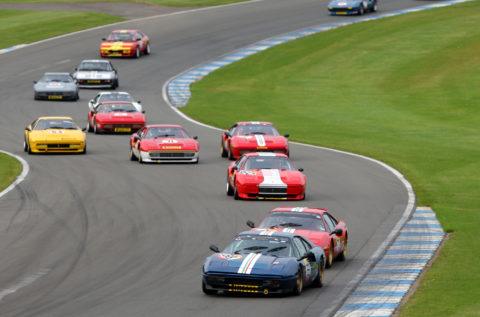 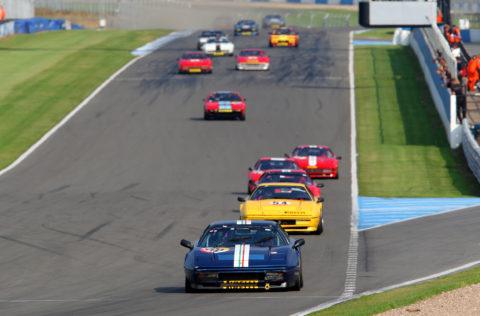 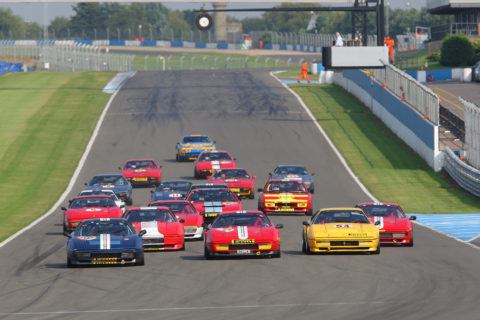 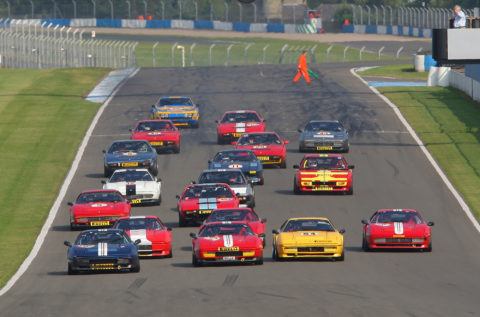 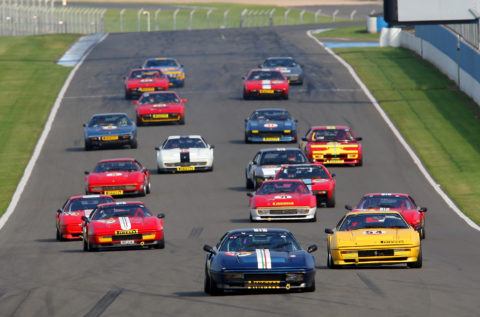 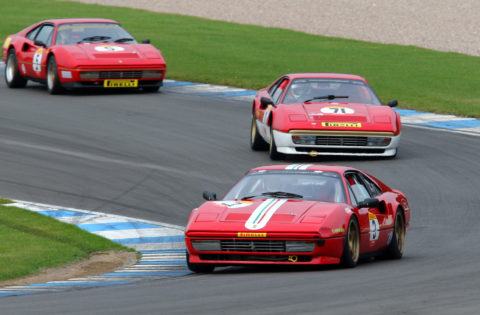