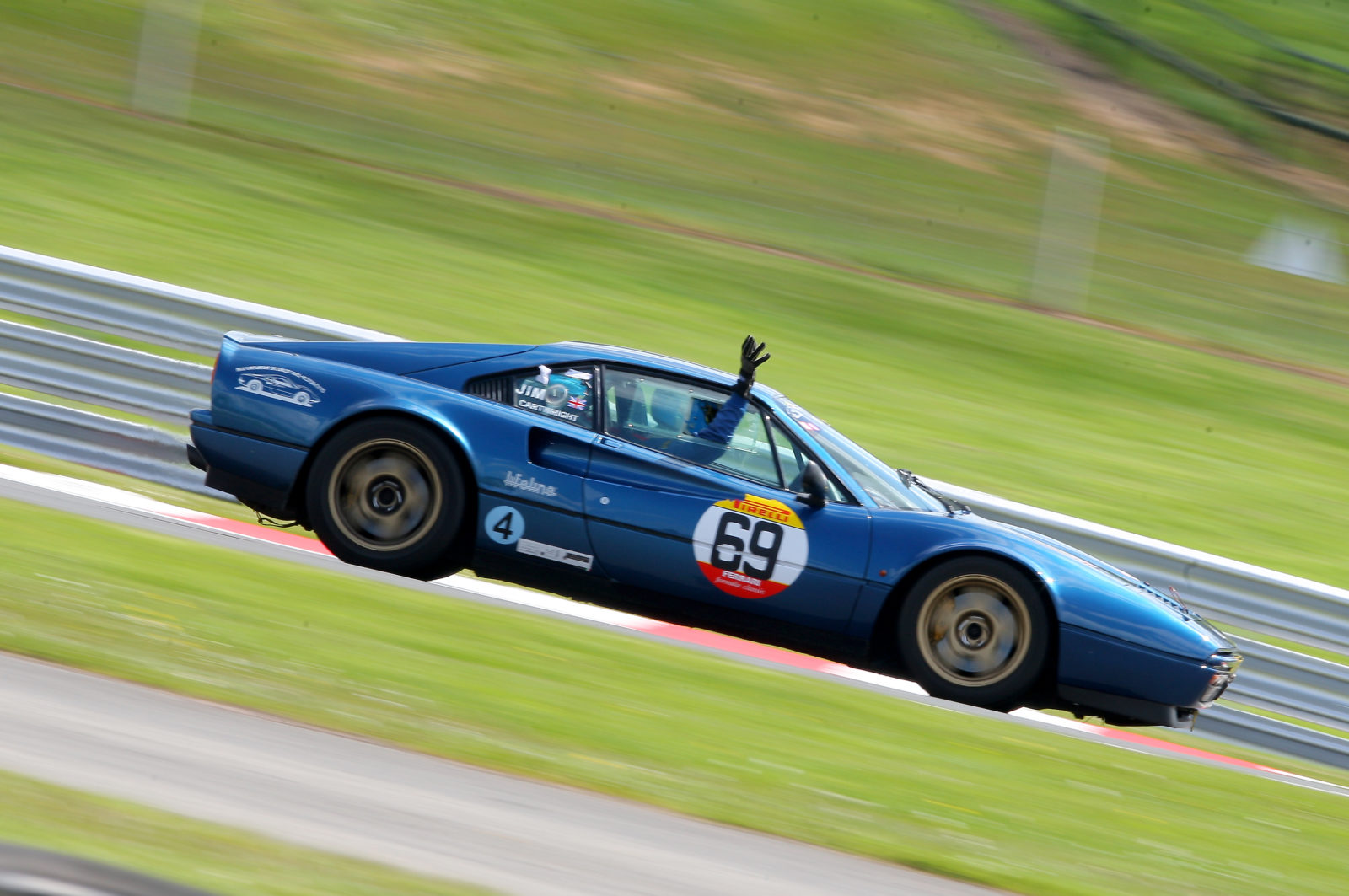 Continuing his great form this season, Jamie has won the last three Pirelli Ferrari Formula Classic races making it 9 out of 10 races this year.

At Castle Combe on the August bank holiday, Wayne Marrs (2nd on the grid) managed to pass pole sitter Jamie on the first lap of the race but Jamie was soon passed and opened up to lead and won comfortably even though an incident on the last lap when a back marker forced Jamie to take an 'off circuit excursion' !

It was a similar story at Snetterton last weekend. Jamie qualified on pole for the first race and was again out gunned off the line by Marrs. Jamie made a brave pass on the outside into the first corner to regain the lead and remained there until the finish. Marrs out qualified Jamie by a few tenths for the second race with both drivers achieving impressive times in wet conditions 3 seconds ahead of the 3rd place qualifier. The track dried out for the race and Jamie managed to pass Marrs on the first lap on the outside around the tricky Corum corner before the final chicane and remained in the lead until the flag. Once again a smiling Jamie  emerged from his car after the race to take the top step on the podium.

The Ferrari Owners club Concours clashed with Snetterton this year so we were unable to attend. It was good to hear a few of our previous Ferrari restoration projects and Ferrari sales cars turned out to compete and were delighted to hear that a stunning Ferrari 360, we recently prepared and sold, won its class.